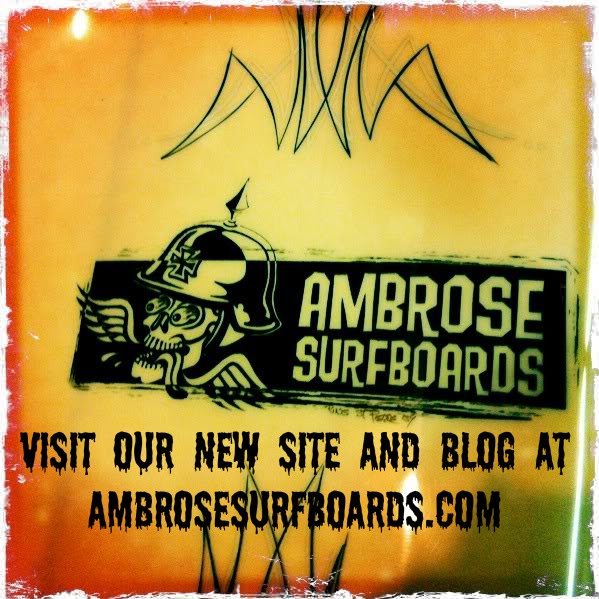 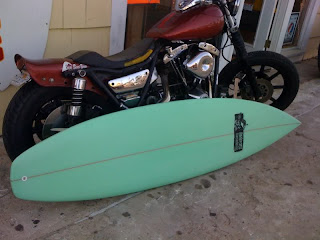 this yet to be named shortboard model has been a hot seller lately , kind of an updated eighties model that has alot of options as far as fin config , and tails.

heres something to check out while were working on the site:

Posted by AMBROSE SURFBOARDS at 3:29 PM No comments:

Posted by AMBROSE SURFBOARDS at 4:39 PM No comments:

Email ThisBlogThis!Share to TwitterShare to FacebookShare to Pinterest
Labels: VIDEO

BILLY THE KID HAS BEEN LOVING HIS SUPER SPUTNIK, GOOD FOR THAT POINT WAVE DOWN SOUTH IN THE BAJA THAT LIKE A NICE SOUTH , RIGHT BEFORE THAT ON REEF STARTS BREAKING
Posted by AMBROSE SURFBOARDS at 5:38 PM No comments:

Email ThisBlogThis!Share to TwitterShare to FacebookShare to Pinterest
Labels: SPUTNIK 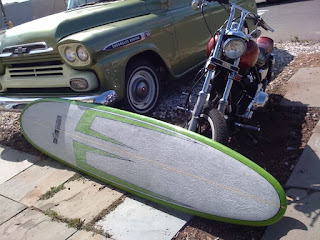 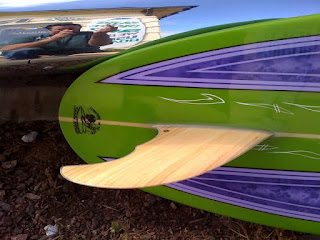 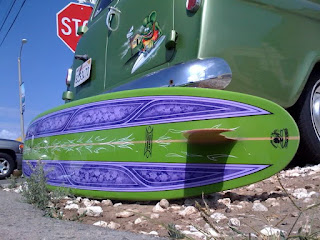 THANKS FOR THE KILLER SPRAY PETER!

BAD ASS GLASSING BY MOONLIGHT, MY "BIG BAT " TEMPLATE WOOD FIN BY MARLIN OVER AT THE 101 FIN CO
Posted by AMBROSE SURFBOARDS at 4:38 PM No comments: 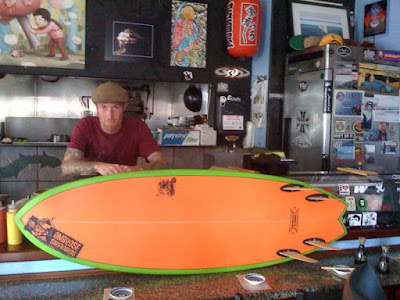 sweet little number for Davin over at the fish joint, dig the eighties color by peter pinliner over at moon light

5-6 x 19.35 x 2.15 with 101 bamboo fins in my quadzilla template, i guess this board was partially inspired by hobbiest shaper and nine time world champ kelly slater and his tangent boards....

hey any time those guys get the masses to open their minds it's a good thing!
Posted by AMBROSE SURFBOARDS at 10:08 AM 1 comment:

in the mid nineties I used to cruise mainland a bit and ended up making boards for a crew of expats hanging at an underground (well you know - not the scene puerto was )heavy beach break. These guys used to get the sickest triple stringer pintails around , pure barrelriders (brownfish circa 09 )

Made quite a few for that crew for a few years and one by one I lost touch with most of em. Figured some moved away,changed their lives ect...

Got a really cool email from one of the main chargers down their the other day, you L.J. guys might remember Kendal from his days at El Pecador.

anyways I'll let Kendall do the talking here .. made my day....

I hope I got the right guy. I'm trying to get up with Shawn Ambrose that shaped about 7 boards for Kendall Summers in the mid 90's (Mexico). If this is you email me back I want to catch up with you!!!

Okay cool!! Just wanted to say thanks for all the great boards you made for me over the years. I swear those were the best, strongest boards on the planet. As a matter of fact I still have 5 of them which I keep at my mother in laws house in Tecoman. They still work great and I think only the 7'7" has been broken and put back together. You made a 6'8" triple string for me that I rode in all kinds of surf for many many years that never broke. I still use it when I go down there on small days. The 7'0" was the backbone of my quiver. The first one you made for me broke and was repaired. After it broke a second time I had you make an axact copy of it which is still in great shape today. The 7'3" I never really rode that much. It came out a little narrow and thin for me and a little pinny but was still a great tube board. That 7'7" was a classic for surf up to triple overhead. I was and still am so proud of those boards and I owe it all to you. I know you did
me right back then and I really appreciate it. On another note I had you make me a 6'10" pin with one solid 3/8" or 1/2" stringer. This board was fairly light which I also rode at small Pascuales and points south. I still have this board and it's still in good shape. I took it to Indo two summers ago and got some clean barrells on it which I am going to send you pics of. I also sending you a pic of my seven year standing in front of my Ambrose quiver.If you send me your address I will send you a video that I put together from around 93' to 97'. My wife took a lot of videos back then and I put a lot of it onto DVD. Lots of barrells!!!! and good quality. Anyway it's funny, I called Mitch's about 6 months ago to get your phone # but they didn't have it. I then did Google searches but I was typing in "Sean" not "Shawn". Today I found my mistake and Bam there you are bro!!!
Anyway keep in touch and send me that address.
Thanks again, Kendall

Wow with the waves kendall was surfing down there I can't believe any of those boards are still around.....

gonna have to get together with kendall and make him some more, but only if he promises to give em such good lives!!

back then I used to say I was more proud of making boards for those guys than I would be for any pro , because they were quitely charging in some of the worlds heaviest beachbreak surf and seeking me out to build thier boards.I would get phone calls from all around the world with guys wanting to order boards "just like the crew down at ********* were riding. I definatley honed my gun craft with those guys and still use those templates and theories developed back then.

kendall charging back in the day

Posted by AMBROSE SURFBOARDS at 10:34 AM No comments:

got a nice email from Kendall S. today

if you've ever been to a certain thumpy beachbreak down mainland way you may have scene or heard of Kendall. He was one of the heavy crew down that way that were getting some seriously baddass
Posted by AMBROSE SURFBOARDS at 4:27 PM No comments:

Email ThisBlogThis!Share to TwitterShare to FacebookShare to Pinterest
Labels: BRO'S

Another sweet one found it's way back home recently. This 6-8 six channel step up was glassed at my home skunk works by my good friend mike palm of agent orange, mikes been on the road a ton the past few years but something tells me he hasn't glassed his last board.
Posted by AMBROSE SURFBOARDS at 6:18 PM 1 comment:

Posted by AMBROSE SURFBOARDS at 6:29 PM No comments: